Change, Fear and Your Brain 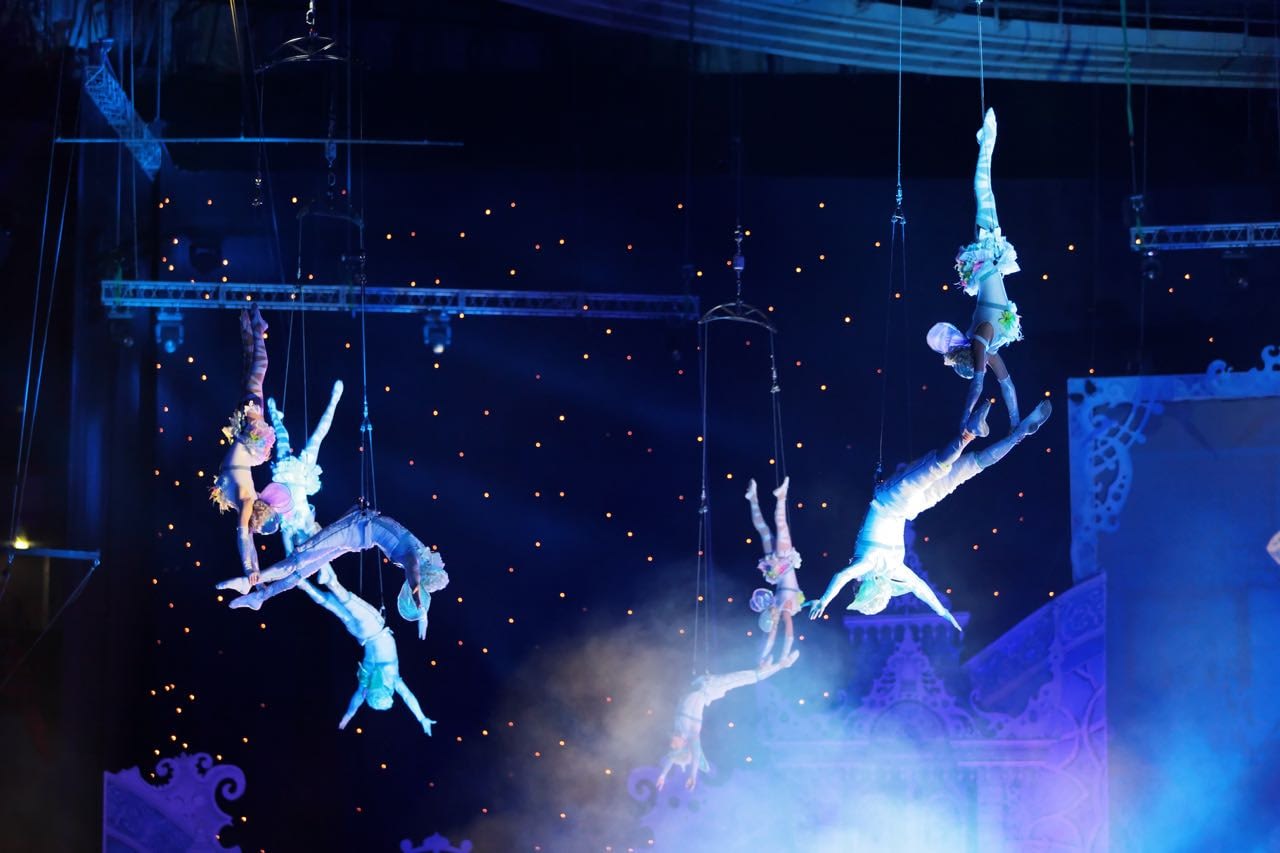 As a little boy, I loved going to the circus. The sights and sounds of the big tent with its orchestra and dazzling lights transported my dreamy little mind into a magical world of adventure and possibility. My favorite entertainers were the trapeze artists, who soared effortlessly through the air with athletic grace. One instant always transfixed me: the moment they released their grip on the swing, with profound trust, to fly into the cavernous space in the middle of the ring before floating into the strong, waiting hands of the catcher.

Each time I approach a big change in my life, I reflect on their courage and faith during this perilous moment.

Change can be hard, especially big change. We have to release the old to embrace the new. But this can be scary, as any aerial artist must know. It takes immense courage to completely release your grasp on the security of the old, trusting that the safety of the new is waiting to catch you on the other side.

Sadly, in life, many people never let go of the security of the swing. Regardless of their draw to the other side, or even the misery they are going through at the time, their fear of the release is too strong. For many, it’s easier to maintain the status quo.

Fear is a powerful force, originating deep within your primitive brain. This part of your brain is responsible for your survival. It shouts loudly, urging you to be careful, to avoid risk, to play it safe. Its language is fear and doubt, and it is a powerful opponent of change, even when it is a change for the better.

Your primitive brain surfaces fear in several recognizable guises. Once you understand and acknowledge their origin, you should be able to actively engage your cognitive and emotional brains to overcome fear and doubt, allowing you to embrace change.

Fear of pain. This often relates to the fear of failure. You fear that the consequences of failure may be painful, as in an 80-foot fall. Sometimes, the consequences of success can appear painful, too. Your primitive brain quickly alerts you to the pain of having to move to a new city if you get the promotion or the new job, or the chances of getting your heart broken as you begin a new relationship. It works to preserve the safe, familiar status quo.

Fear of effort. Few valuable things are attained without effort. It’s unlikely that you are genuinely lazy and truly afraid of hard work itself. Instead, I believe that your primitive brain surfaces this fear to protect you from deeper concerns. If you’re telling yourself it’s too hard to achieve your dreams, dig a little deeper. You will probably find one of the other fears lurking there, disguising itself as the fear of effort.

Fear of criticism. None of us like being criticized, and if you suspect that this will be the reward for your new efforts, you may be afraid to try. As with failure, your primitive brain has the habit of exaggerating the likelihood and the magnitude of any criticism you may encounter.

Fear of the unknown. Instinctively, we are cautious of the unknown. Our primitive brain served our ancestors well as they explored their early worlds. An unknown cave may have concealed mortal danger, and as they competed with others for scarce resources, it was reasonable to assume danger from a stranger. But realistically, what percentage of new situations today are truly dangerous for us? It has to be a tiny number. Yet, our well-intentioned primitive brains still train us to fear the new and unknown, rather than embrace it.

Fear of success. This is a hard one to understand but, in my experience, a frighteningly common one. There are two obvious reasons we fear success: Firstly, success will change us, especially if we achieve our biggest dreams. Picture the dream that you have placed outside of your own reach. Imagine if you had already achieved it. Life would be different, right? But why should this frighten you? Part of it is your primitive avoidance of the unknown creeping in again. But there is more, and I suspect that the second reason may be more common: We also fear success because we fear that we don’t deserve it. When we don’t believe that we deserve success, then “failure” is inevitable.

So how do you overcome these fears?

First, acknowledge their source. Your primitive brain does a great job of protecting you. Sometimes it goes too far, though, and you have to recognize this.

Challenge your fear with questions and facts. What is the real likelihood of your failing? Are the consequences really as dire as you imagine them to be? Will it really hurt you if somebody ridicules you for trying?

Invoke the power of your cognitive brain. This part of your brain is under your complete voluntary control (if you choose) and can override the negative influence of your primitive brain. Say bold words, hold encouraging thoughts, and paint pictures of success in your mind. The power of positive thought and belief is immense! Study it. Practice it. Use it.

And then learn from the aerial acrobats as you embark upon your own supreme act of courage:

I hope that this insight gives you the courage to embrace change, and even seek it out. I hope that you will release your grip on the swing, to soar through the air toward a better future. Once you let go, you may be surprised at how much you enjoy the exhilaration of the catch and the applause of the enraptured crowd.