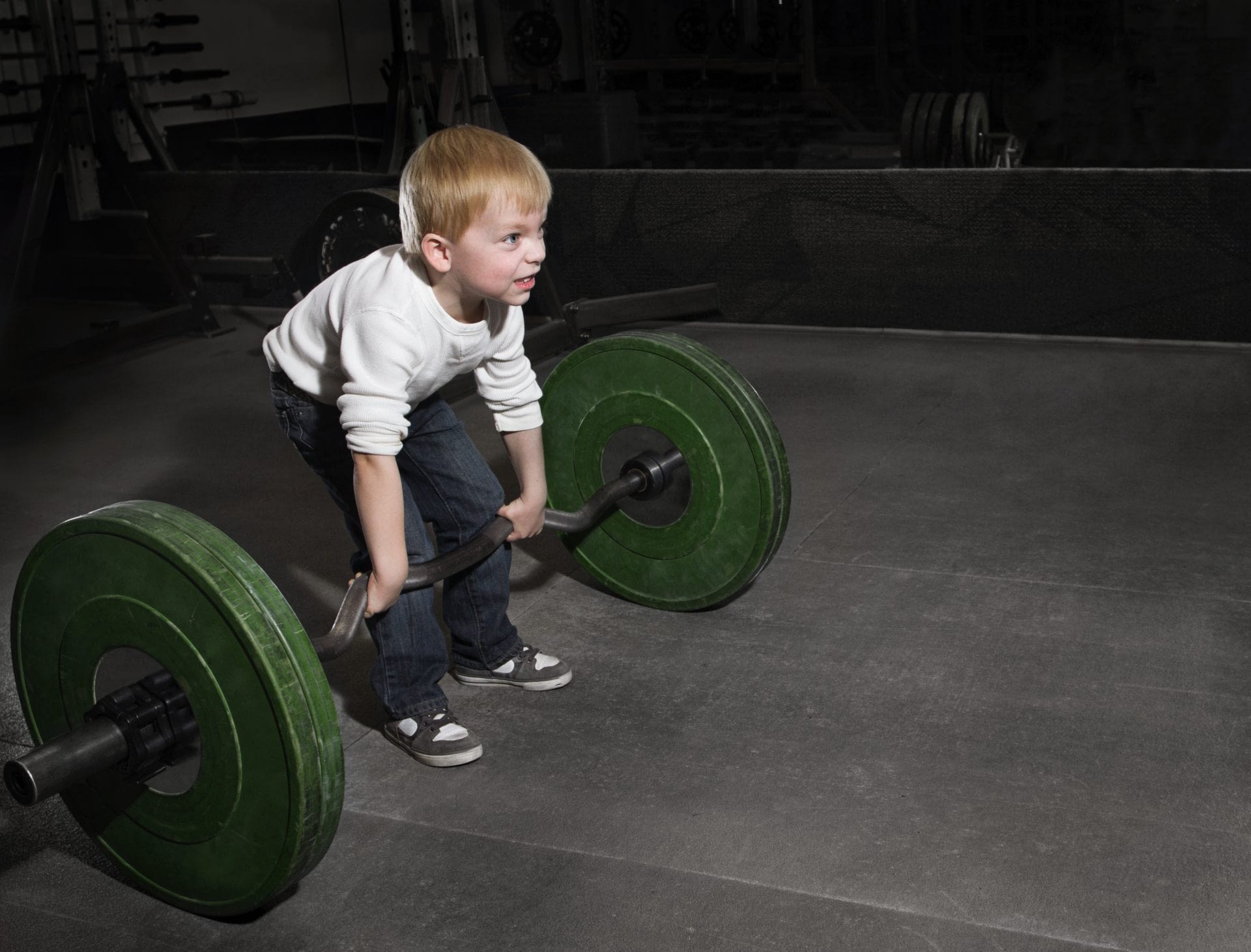 Success is elusive, a secret understood and mastered by only a few. The good news is that success is attainable—through the power of belief. Belief originates deep inside your brain and can be built and developed, which means you can truly real-ize your own success!

In order to understand the role of our brain in belief, we need to review the evolution of this most powerful of our organs.

At the center of our magnificent brain resides the most primitive part of our central nervous system. The primitive brain (also known as the reptilian brain) is responsible for critical survival instincts and governs fight and flight responses. It is the default brain we use at times of crisis. Driven by fear and adrenaline, this part of our brain compels us to flee from danger, to turn to meet it with aggression, or to lie low to escape detection. We need our primitive brains, but if that were all we had, we would be cold survival engines, like snakes and lizards.

Over time, early mammals added the limbic system to their primitive brains. The limbic system brought emotion and color to our world. This emotional brain provides a selective advantage to those species that have it because it drives us to love and nurture our offspring and to collaborate with others. The language of the emotional brain is love and empathy.

Finally, we humans added a massive cerebral cortex (the gray matter), increasing our brain to three times the size of our closest mammalian relatives. This cognitive layer in the brain introduced thought and reason, the supreme gift that clearly differentiates us from other animals. It is a powerful organ that enables us to master our environment.

These three parts of our brain are intimately connected. Millions of nerve junctions enable messages to pass between them, moderating their influence in our lives. Our overall behavior is the composite effect of the three brain centers.

In the absence of any “higher” function, the primitive brain rules wild with its negative, defensive messages that sow doubt. “Run, hide, fight!” it screams. This is useful when we are in true danger but is a highly disruptive influence the rest of the time—such as when we develop new ideas or contemplate the exciting ventures and paths that lead to success.

You see, big ideas are generated in the cognitive brain. When you generate an idea, you want something. When you couple it with emotion, you transform want into a colorful, three-dimensional desire, a deep and focused hunger for success.

But as we develop ideas and desires, our primitive brains are doing exactly what they have been trained to do over millions of years. Even as we picture the slim, healthy body we desire, or the castle on the hill, or the spectacular new job, or the freedom to travel, our primitive brains kick into action. They impregnate our consciousness with “protective” messages that are often disguised as simple questions:

What happens if I fail?

What will my friends and family think of me?

Why should I, who have always been unsuccessful, suddenly become wealthy?

Why should the world take me seriously now?

Who would even listen to my concept?

For substantial success, you need to align your entire brain behind your idea. You need to evoke the partnership of the cognitive and emotional brains in a desire so powerful that it overrides all impedances that the primitive brain will invoke. This is belief.

Let’s go back to where we started for a moment. Human beings stood out from their mammalian peers when we added a massive cerebral cortex to our brain. This gigantic leap added thought and reason to our weaponry.

The most obvious advantage to having a cognitive brain is our problem-solving ability. We are able to apply complex intellectual reasoning to address challenges and create opportunities for success. For us to take full advantage of the huge opportunity conferred on us by the cognitive layer of our brain, we need to engage it in liberating us from the restrictive doubts imposed by our primitive brain. We need to employ our cognitive powers to flood our brains with positive ideas, indirectly influencing and co-opting the emotional brain in such a way that our desires become so strong that they transform into belief.

That’s when we tap into the full power of the human brain. That’s when we enjoy success. That is what every highly successful person has learned to do.

The bigger the idea, the more powerfully you need to evoke the brain’s pathway to belief. Once you achieve belief, success is largely inevitable. If you don’t think this is true, then I invite you to study any person who has achieved grand success. Once they believed—truly believed—plans became actions, hopes became expectations, obstacles became challenges, and success followed.

It is important to note that achieving belief is not a linear journey, and it doesn’t happen in a flash. The interactions between the three levels in the brain are more iterative, more dynamic. Belief is not an instantaneous chemical reaction. It can take time to wrestle with our primitive brain, before we finally overcome doubt with belief.

But belief is the fuel. It provides the energy, the resilience, the patience, and the strength required to get it done.

The fact that it takes time makes it harder. A moment of belief is easy. I have them all the time—often in the wee hours of the morning. But by the time I wake up to shower and dress, my trusty reptilian brain has generously offered to protect me from the pain of failure and flooded my mind with doubt.

The vast majority of us wrestle every day with doubt. On some days, we enable belief to get the upper hand and drive success, while on other days we live under the defensive cloud of our primitive brains. You may have to work actively to uphold your belief for a long time in order to deliver success.

But, if we understand the roles of the three layers in our human brain and the relationships between them, and we fully appreciate the evolutionary power of the cognitive brain, and we closely observe highly successful people, we should be filled with optimism.

So, how do you train your brain to believe? Here are some suggestions:

Understand and accept the voice of your primitive brain without legitimizing it. This is a critically important nuance to your overall success. You have now learned about the existence of your primitive brain and understand that it is an important part of who you are. It protects you from catastrophe. Respect it. Understand its role. Accept that it will (and should) always have an opinion. But do not give it too much attention. It is much like a whiny child. You have to take heed of it. Take a quick look to see that there is no major disaster that you have overlooked, and then ignore it. Attention reinforces its bad behavior. Distract and, if necessary, overwhelm it with positive thoughts.

Do first the things you’re avoiding most. If you’re unsure where the voice of doubt is hurting you most, pull out your to-do list. Look at those items that slide from day to day. They’re often the most important tasks. The things you dread bring you closest to your inner doubt, face to face with your reptilian brain. It’s understandable that you want to stay away from this monster, but don’t give it the upper hand. We often overestimate the time required for unpalatable tasks, justifying that we’ll get to them when we have the time. Turn them into ten-minute challenges. You’ll be surprised how many of them start to disappear with a few minutes of concerted effort.

Empathize with your idea. Olympic champions do this when they practice visualization. They spend long hours building the complete image of success in their minds, using all their senses. Spend time building the mental image of success until you can see, hear, taste, smell, and feel it vividly in your mind.

Repeat. Your positive rhetoric must be a daily habit. Write your success statement down. Learn it by heart. Say it out loud throughout the day. Turn it into a song and sing it. Paste it on the wall, the roof, or the steering wheel of your car. Keep it alive.

Surround yourself with positive people. If you don’t have them, search for them, find them, and embrace them. Every positive echo to your positive thoughts is like gold. “Can-do” is infectious.

Avoid negative people. In fact, run from them—as fast as you can. The voice of your primitive brain is loud enough. You don’t need a team of naysayers augmenting these undermining pulls.

Fake it to make it. In the early stages, you might have a desire that is not quite ready to be a belief. That’s okay, but keep the struggle internal. On the outside, project the success that you desire. I don’t suggest in any way that you become insincere. Rather, the act of designing, building, and maintaining your “game face” is a powerful, reinforcing cognitive discipline.

Practice. For most of us, this habit is new or underdeveloped. Practice on the small things every day.

Stand tall. Practice victory. Seriously, stand the way you will when you achieve the success you desire. Your brain listens to your body. These physical messages become imprinted in your thoughts and actions. You can posture your way to your goals.

Move along the action word list. Success is no accident; it’s a deliberate journey. Track your progress actively. Make sure that you move from imagine to want to desire to believe to plan to act to expect to demand to anticipate and finally, to celebrate success. You may move back and forward along this continuum, and that’s okay. Write down where you are today, and use the power of your cognitive brain to ensure that your entire being moves toward anticipating success.

Look around you. Only a tiny minority are hugely successful in any sphere of human performance. Sadly, most people believe that they are already doing and being their best and that success is a reward for only a lucky few. They are wrong. Success is attainable through the power of belief, and belief can be nurtured. This puts your success within reach; it truly is in your own two hands.

Be Who You Want to Be

We need to get out of our own way. Only we stand between our current