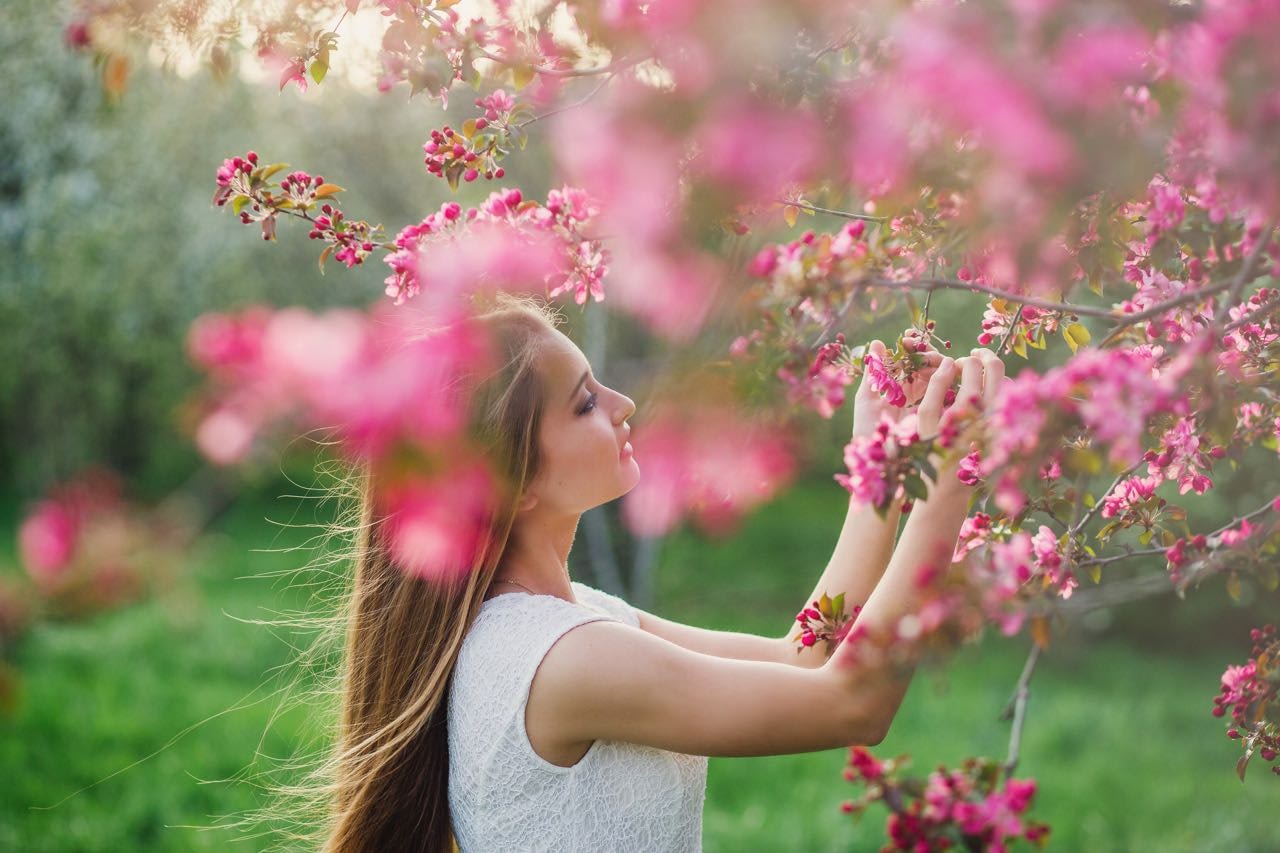 How many times have you tried to lose weight, get fit, stop procrastinating, or stop drinking? Think back to the many times throughout your life that you tried to make a big change. Did it work?

I bet that, as you read this, you will reflect with great sadness on many unsuccessful attempts to do something that you really wanted to do. I’m sure that you can still feel the bitter aftertaste of failure.

And what happened when you failed? When you tried to lose weight but plunged your hand into the cookie jar on the ninth day of your diet? What happened then? You felt totally miserable, right? And then you ate some more to try to heal the pain of failure. And before you knew it, you had spiraled out of control, and you had a million excuses for why you’d try again next Monday, or next month, or maybe even next year. But none of those excuses made you feel any better. You just felt downright miserable!

The Failing Mindset We Overlook at Our Peril

Our best efforts are often sabotaged by a mindset that sets us up for failure, especially if we’re high achievers. And it’s counterintuitive, because we generally regard this specific mindset as a great asset. In fact, I’m sure that you deliberately teach your children to embrace this mindset, because we live in a culture where winning is cherished.

Don’t get me wrong; I believe in victory. I love the idea of success. I encourage my clients to set goals and visualize achieving them, and then I spend a lot of time and effort inspiring and supporting them on their way to success. I believe in winning.

But here’s the problem:

The opposite of winning is losing—or at least, that’s the conventional wisdom.

Winning and losing are more than numbers on a scoreboard or a bathroom scale. They trigger deep biological responses within our brains that make us either happy or sad. Understanding this biology is key to attaining long-term health and happiness.

The Science of Learning and the Biology of Reward

First, to survive, all animals must adapt their behavior in response to their experiences. Humans are no different. We call this learning.

To do this, we need the computational capacity (or brain power) to process the results of our behavior and actions. If you do something that is good for you, your brain measures the benefit, records it, and then integrates the new data and knowledge into your future decisions.

Let’s imagine that you decide to have a good night’s sleep. That’s a healthy thing to do. Your brain records the positive consequences (or reward) of the good night’s sleep, stores this in your memory, and then serves it up again the next time you debate whether to go to bed early.

Similarly, our brain records, stores, and retrieves bad experiences (or punishment) to help inform future decisions. When you place your hand on a hot stove and get burned, your brain logs this event, stores it, and retrieves it next time you’re in the proximity of a hot stove.

The simplest form of these complex thought patterns was described in the nineteenth century by Edward (Ted) Thorndike, a psychologist and researcher from Columbia University, in his “law of effect.” You will recognize it as the stimulus-response model used by many subsequent scientists, including the famous Pavlov and his dogs. This law states that each of us has the ability to learn an appropriate response to a specific stimulus. If the outcome is positive, the association between stimulus and response is strengthened; if the outcome is negative, the connection is weakened.

There are far more complex pathways that our powerful brains can process, but it’s enough for our purposes to understand this simple stimulus-response framework. And I’m sure that you’re beginning to appreciate that the currency of such learning is reward and punishment.

For survival, many choices need to be made instantaneously. Quick action requires an instantaneous evaluation of the potential impact of each possible future action based on both expected rewards and expected punishments. For less urgent decisions, we get more time to weigh the likely balance of reward and punishment. But the principal is the same: All of our important decisions are forward-looking. Every time we make a decision, we are anticipating either reward or punishment.

The circuitry of reward and the circuitry of punishment, although intimately related, are housed in different parts of the brain. As they drive a critical survival skill, they both reside deep within our primitive, instinctual brains and are amongst the earliest centers in our brain to have evolved. Both centers are common to all vertebrates (animals with a backbone) and serve as functional links in the brain between the incoming sensory pathways and the outgoing behavioral pathways. Together, the two centers perform mirrored roles in the symmetric reward-punishment system. Favorable stimuli (and the expectation of reward) result in the release of “happy hormones.” Unfavorable stimuli (and the expectation of punishment) inhibit the release of “happy hormones.”

The Power of Affirmation

Whereas both reward and punishment are effective in changing future behavior and habit, I’ve always been drawn to the superior value of affirmation. In my opinion, affirmation and positive feedback are far more powerful drivers of sustainable behavior change.

I have yet to meet an individual who doesn’t respond to affirmation. Even the most hardened and cynical leaders respond to positive feedback.

Imagine the beauty of a world in which each and every one of us was striving to exert an influence only through positivity and affirmation.

That’s a world I want to live in.

I’m convinced that this theory has its roots in the fact that the currency of learning is dopamine, the happiness hormone. By dialing this up or down, we learn to modulate future behavior. Mother Nature built a system that fundamentally works via the presence (or absence) of internal chemical affirmation.

To appreciate this, let’s go through an exercise that will be familiar to most (if not all) readers. About midday on December 31, each of us starts to consider with a mix of nostalgia and excitement the change that will happen at midnight. Actually, nothing happens in the grand scheme. But we use this nominal turning point to muster energy and resolve for new beginnings. As the afternoon proceeds, we first build, then refine and rank our list of New Year’s resolutions. Then, when we finally open our eyes on the morning of January 1, we set out (once again) to exercise, lose weight, be nice, make money…or whatever your favorite resolution might be.

Having read about the biology of reward, you know that, deep in your brain, your reward circuitry has started to expect success. In your cognitive mind’s eye, you hold the image of Mr. or Ms. Universe. This is the new person with slim waste and sleek, well-toned limbs that you’re going to become. Your reward circuitry is primed for the arrival of this superhero. It stockpiles dopamine so that, when you achieve this goal—when you win—it will explode with a powerful surge of chemical happiness reaching the furthest recesses of your affirmation-seeking self!

And what happens in most cases? Well, I don’t really need to describe this for you. We’re all intimately familiar with the letdown on January 17 when, finally, you acknowledge that you haven’t magically morphed into a model of physical perfection. And then Mother Nature unleashes all the venom and anger pent up in your punishment circuitry. Your dopamine gets locked away, and your life enters that horrible cold, dark, lonely corridor.

So, what went wrong?

To understand the positive power of expectation, let’s look somewhere else. For this example, and because I’m in love with Apple design, we’ll choose the Apple laboratories.

Each Step Is a Victory

What happened when Steve Jobs got the first prototype of the cellular phone in his hands? It weighed about 4 pounds and needed a small trolley to carry it. Did he throw it to the ground saying, “That’s it…we failed…there will be no more mobile phones!”?

Well, in all honesty, he may have thrown it to the ground, but when the engineers regrouped in their lab, they didn’t descend into a war of insults and blame. They celebrated.

Why did this work for them, and what should we learn from it?

It’s simple, and it’s about expectations. The ultimate goal of Jobs and his engineers was a sleek, beautiful little handheld device that would connect people across the globe without wires. They never abandoned this vision. But they realized that it would take many steps, many errors (even failures), and many design enhancements before they could deliver the big prize.

If they had seen this as a one-and-done, a win-or-lose, then when the first clunky prototype thudded onto the lab bench, their brains would have yelled in unison that they had failed, and physiological punishment would have followed. Their dopamine would have been shut down and locked away. They would have been miserable, and their creativity would have dried up.

Instead, their reward centers viewed each step as a win, their dopamine reservoirs bursting open with each new version, flooding their brains with joy and leaving them inspired and ready for the next leg of their journey toward success.

So you see, the opposite of winning is not losing, but learning! Don’t view life through a win-lose lens. Embrace failure as a vital step on the way to success. This way, you will keep Mother Nature and your powerful brain working with you rather than against you, and you will master the win-followed-by-win-followed-by-win-until-victory mindset!

PrevPreviousFree Yourself from This Destructive Mindset
NextThe Power of AffirmationNext